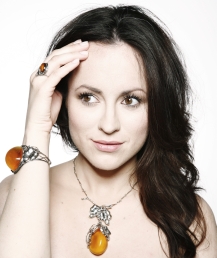 Amber as a craft material is related to the Baltic Sea for many centuries and evenmillennia. Archaeological research and historical records indicate the Baltic coast near Gdansk as one of the places on the so-called embedded. routes amber (Greek, Roman and later). The settlements in the area of today’s Gdansk Amber transported from further north coast of the Baltic Sea in the south – to Greece, Rome, near Venice. With time, the main route nodes become centers of craft. This helped to develop Gdansk, which over the centuries grew to become the capital of the Hanseatic trade in Europe.

Gdansk, thanks to its geographical position, inter alia, has become a city of craftsmen. You can still see how the jewelry craft tradition in Gdansk machining centers around two raw materials: amber and silver. In the post-war Gdansk jewelery workshops reactivated by removing debris from the cellars of St Mary’s Street, rebuilding this part of the old city.

So tradition of amber and silver has survived in Gdansk.